Who am I? A question of identity

I’m sure I’m not alone when I say that I have struggled with the question of my identity. At high school I didn’t really fit in. I was too intelligent, singled out by the teachers as the kid who skipped a grade because she was bright. Ignored by the cool kids as I couldn’t join in their conversations about fashion or music or TV; I just wasn’t interested in them, however much I wished I could be! I was told I could be whatever I wanted to be, and yet all I wanted was to fit in and be popular. I wanted to be one of them. I wanted to be admired and liked.

My identity depended on what other people thought about me.

About 12 or 13 years ago I was working for Proctor and Gamble in the UK and loved it. I gave that all up because God sent me a postcard. Actually it was an email! After praying one night that God would send me a postcard telling me what I should do regarding my career, I received an email from a charity that I supported, advertising my dream job. I got the job! And I was clear about my identity. God had called me here. This is what I was made to do.

What I didn’t realize though, was that my identity was now firmly rooted in what I did as well as what people thought about me.

This grew even stronger when I moved to Canada. There were so many reasons why I didn’t want to come but I knew, without a shadow of a doubt, that God was asking me to come to start up the charity in Canada. I knew that God had called me here. I was home. This is what I was made to do.

In Canada, I was defined by the charity. Everywhere I went people seemed to know who I was. My identity was easy. I was the Executive Director. God wanted me here, I was doing His work, I loved it. I was respected. I saw lives transformed. I was making history.

But my identity was becoming more and more rooted in what I did and what people thought about me.﻿

Fast forward a few years. I met my husband online, fell in love and got married. He lived over 500km away from me so there was a lot of commuting before I resigned and moved east.

Suddenly I found that I don’t know who I am anymore. I’ve stopped being the Executive Director of a charity I love. People here don’t know who I was or what I’d done. I am unemployed. Who am I? A wife? I had wanted to be a wife for so long and yet now that isn’t enough. I want to be a Mom but we are struggling with infertility. I am not a home maker! I only bake if I have to! Where is my identity? For the first time in over ten years I don’t know who I am or why I am here. It feels alien to me. I live in a beautiful city filled with lovely people but I don’t have a purpose. And if I’m honest, I miss the admiration that came when I said I was an Executive Director.

Although I couldn’t see it, God had a plan. One of His gifts to me was the fact that I had enrolled on the Arrow Christian Leadership Program. At our residential last week we were given this bookmark with over 20 truths from the Bible about who I am. None of them are dependent on my job or lack of job, nor on my marital status, my level of education, nor whether I have children or not. They have nothing to do with my baking ability, my knowledge of popular culture nor whether I fit in with those around me. But they are all truths that the Bible says about who we are and who we become when we come to know Jesus as our Lord and saviour.

Fearfully and wonderfully made.

Photo by Michael Fenton on Unsplash

Rescued and bought at a great price.

A daughter of my Father in heaven.

Photo by Daniel Reche from Pexels

Able to approach my heavenly Father with boldness, freedom and confidence.

A temple where God lives.

A member of Christ’s body.

A joint heir with Christ.

A citizen of heaven.

An alien and stranger to this world.

An enemy of the devil

Photo by Adam Kontor from Pexels

Called to be a minister of reconciliation.

The salt of the earth and a light in a dark world.

No longer living for myself, but living by God’s strength for Him.

That is where my identity lies. And if you truly believe in Jesus, this is where your identity lies too. Even on the days we don’t feel it. We are God’s chosen and adopted children. And He loves us. Unconditionally.

I’m enjoying reading your blog. I will get around to constructive feedback at some point! At the moment I’m just enjoying the read. X

Hello there, I found your web site via Google while searching for a comparable topic,
your website came up, it seems great. I’ve bookmarked it in my google bookmarks.

Hello there, just was aware of your blog through Google, and located that it is truly informative.
I’m going to watch out for brussels. I will be grateful for those who continue this in future.

A lot of other people will probably be benefited from your writing.
Cheers!

Thank you. Please feel free to let others know of the blog!

Its like you read my mind! You appear to know a lot about
this, like you wrote the book in it or something. I think that you
can do with a few pics to drive the message home a little bit, but other than that, this
is wonderful blog. A fantastic read. I will certainly be back.

Thanks for the feedback Adelaide, and now I’m getting better at wordpress I’ll include more photos – feel free to check out my later posts and let me know what you think! 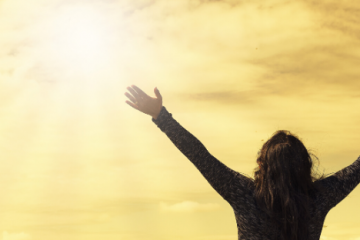 My Mouth Will Speak In Praise

I was searching for a completely different passage entirely, but when I read this psalm I knew this what was I needed to hear. Sometimes God works like that. Here are my reflections on Psalm Read more… 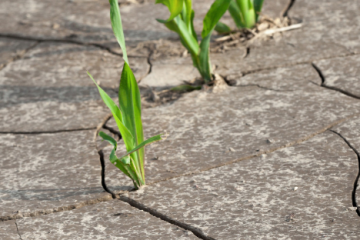 Survive or Thrive through Infertility

Sometimes I feel like I am just surviving this journey of infertility, whereas other days I feel like I am thriving despite it. That pendulum swing probably won’t change soon what with hormones, monthly cycles Read more… 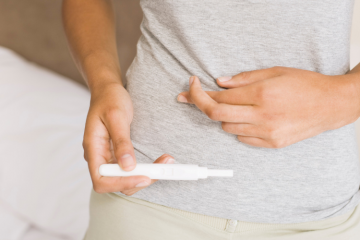 Why do I believe I’ll be a Mum? Faith is a strange thing. It’s not rational. You can strongly believe and doubt at the same time. Or at least I can! So when I say Read more…

Thanks for subscribing! Please check your email to confirm.
Powered by MailOptin