Why do I believe I’ll be a Mum?

Faith is a strange thing. It’s not rational. You can strongly believe and doubt at the same time. Or at least I can! So when I say I have faith that we will have children, that doesn’t mean I’m not plagued by doubts some days.

You may also think I’m just hoping against hope because I can’t bear the alternative. I sometimes think that too. We can all wonder what will happen to my faith if it doesn’t happen.

You probably won’t believe or understand why I have this faith, unless you understand my hope and trust in Jesus. I’ve tried to explain some of this here. I speak to Jesus daily. He knows how much I desire children. I’ve asked him for signs and clear answers. Sometimes he’s given them to me, other times he’s remained silent. I haven’t heard an audible voice, but I do believe he has said we will have children – I just haven’t heard when that will be!

I share these four examples to show that I do believe Jesus speaks today. I also share this to answer the question as to why I will still love Jesus, even if we never have kids.

1. God speaks through others.

In 2010 I was in a setting where a group of us were praying for each other and sharing if we heard anything from God. Whatever people prayed over me, I remember silently crying out in frustration that God was always silent about whether or not I would get married.

The next day I was about to get up on stage and speak to a large group. I was all mic’d up and ready to go when Karen, a lady I barely knew, came up to me. She apologized and explained that she kept trying to walk away but she felt God prodding her to say something to me.

Again she apologized if it didn’t make sense to me, but explained that she felt God wanted to say that I would get married and have a family, and it would be sooner that I thought.

I clung to that word as I continued to struggle for the next 5 years with singleness and I still cling to it today.

2. God speaks through the Bible.

In the summer of 2017 I was walking through the woods, reminding God how much I wanted children and begging him to take this desire away from me if I was never going to get pregnant. The monthly cycle of hope and disappointment was too much. At the same time I told him I wasn’t ready to give up that hope.

I started to recall Sarah and Abraham’s story and reflected on this while I was walking.

I reached a spot by the ocean and opened my Bible to Genesis 15. I didn’t know why, but this was where the Bible opened. You have to believe me when I say that I didn’t even know that Abraham and Sarah’s story was in Genesis, let alone Genesis 15!

I have reflected more on Abraham and Sarah’s story since, but at the time I just felt that God wanted to say to me “Remember them. I can do the same for you. I haven’t forgotten.”

God speaks different things to different people, and it’s not always what we want to hear. In February 2018 a friend shared some of her own story of infertility, including how she had heard God tell her that he had closed her womb. That is her story to tell, but it’s a beautiful story, because God knew her future and how he was going to use her.

My husband joined me for a time of prayer and this time she, somewhat reluctantly, said that she could see a baby boy. I say reluctantly because I know she didn’t want to get our hopes up if she was wrong.

Because of her story, I knew that she would never say anything to me just to make me feel better. She knew the pain of deferred hope all too well. The truth that God had closed her womb was a hard truth to hear, but it was a truth that set her free.

On the day we ultimately found out that our final embryo had died, I received a text from a former colleague.

I was reading this text to my sister later when the same thought struck us both – babies born after a still birth or miscarriage are often called rainbow babies. Even as we mourned the death of this baby, we were filled with hope.

A few months later, in January, I was crying out to God again. I’d lost count how many times I had asked God if we would have children. This time I said quite simply that I was going to ask for one more sign and then hold to that belief. I just asked to see a rainbow. A rainbow to show that it was time for his promise to be fulfilled. I didn’t tell anyone, it was my bargain with God.

I wasn’t expecting to actually see a rainbow for a while. You have to remember that I live in Canada. In January we see a lot of snow, but no rain, so I was giving God a few months to answer this prayer!

The next day I was driving to see my in-laws with my husband. It was a beautiful sunny day. Out of the blue my husband pointed to the sky and said “look at that beautiful rainbow!” I couldn’t believe it. I hadn’t told him anything about my deal with God. It also wasn’t raining so how could there be a rainbow?!

But when I looked up, there it was, a beautiful rainbow in the sky. A few minutes later, he pointed out another. And then later another; a third rainbow above us.

“Thank you God, I whispered. Thank-you”, before explaining to my bemused husband why I was crying at seeing rainbows!

What if I have this wrong? What if I never have children? My friend asked me this a few weeks ago and I don’t think my answer was very eloquent. But as I’ve thought about this more since then, I know three things:
I will be heartbroken.
I will get over it.
I will still love and trust in Jesus.

Yes I will be disappointed. Yes I will cry and ask why.

I will get over it. My identity, my self worth, my purpose in life is not about being a Mum. I have a loving husband, an incredible family and lots of friends. There are some amazing children in my life who I will probably continue to spoil! I have a career I love and hobbies I enjoy. I have my faith and a God who loves me for who I am, not what I do.

I will still love and and trust Jesus, because He’s given me life. He continues to give me life. He doesn’t promise that our life will be easy; in fact he says it will be full of trials and challenges. He will be by my side and He will help me get through the dark days and the emptiness. And one day I will be able to ask him why, but I suspect when I do get to meet him face-to-face, it won’t seem that important after all! 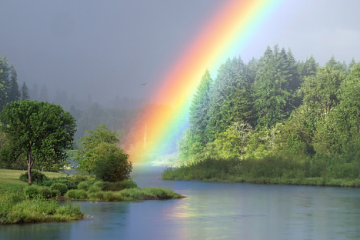 Can I Still Trust God?

Have you ever felt betrayed by God? Let down by him? Felt like he has forgotten you or is ignoring you? I've been there. Can we trust God? Is God trustworthy? How do we heal from betrayal? This is my story. 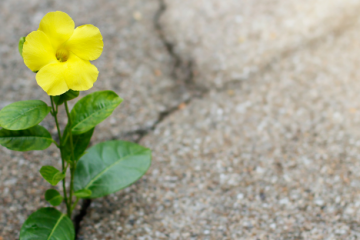 When We’ve Given Up Hope

I had all but given up hope for my squash seedlings, so imagine my surprise when they kept sprouting everywhere! I was left with more than my garden could contain. What a reminder to me, that God can take our dried up, dead and discarded dreams, and breathe life into them. 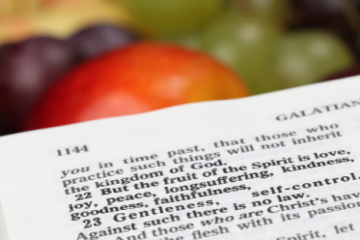 When I started this journey, I actually started with a focus on fruit. Fruit for me represented many things, but especially my desire to see fruit of my womb. Now that has changed.

Thanks for subscribing! Please check your email to confirm.
Powered by MailOptin